What is a block halving event?

As part of Okcash's coin issuance, miners/stakers are rewarded a certain amount of Okcash coins whenever a block is produced (approximately every 69 seconds).
When Okcash first started, 2000 OK coins per block were given as a reward to PoW miners. After the block number 33,186 PoW evolved to LTSS PoS and halvings have been ocurring at different time schedules taking in consideration 501,257 blocks per year, the block reward halves and will keep on halving until the block 27,589,135 (last halving approximately by year 2070).
As of now, the block reward evolved [Semi-static block reward + predictable network growth no matter net staking percentage, achieving Bitcoin predictability under Okcash unique LTSS PoS System.(Energy Friendly)] and is now under the LTSS PoSv3hybrid system at a rate of 3.9+ coins per block and will decrease to 2.3+ coins per block post halving.

Why was this done?

Okcash was designed as a deflationary currency. Like gold and Bitcoin, the premise is that over time, the issuance of OK coins will decrease and thus become scarcer over time. As Okcash become scarcer and if demand for them increases over time, Okcash can be used as a hedge against inflation as the price, guided by price equilibrium is bound to increase. On the flip side, fiat currencies (like the US dollar), inflate over time as its monetary supply increases, leading to a decrease in purchasing power. This is known as monetary debasement by inflation. A simple example would be to compare housing prices decades ago to now and you'll notice that they've increased over time!

Since we know Okcash's issuance over time, people can rely on programmed/controlled supply. This is helpful to understand what the current inflation rate of Okcash is, what the future inflation rate will be at a specific point in time, how many OK coins are in circulation and how many remain left to be mined/staked.

Who controls the issuance of Okcash (OK coins)?

The network itself controls the issuance of OK coins, derived by consensus through all Okcash participants. Ever since Okcash was first designed, the following consensus rules exist to this day:

Any change to these parameters requires all Okcash participants to agree by consensus to approve the change.

The community keeps an updated list of exchanges over okcash.co where you can check the best option for you. 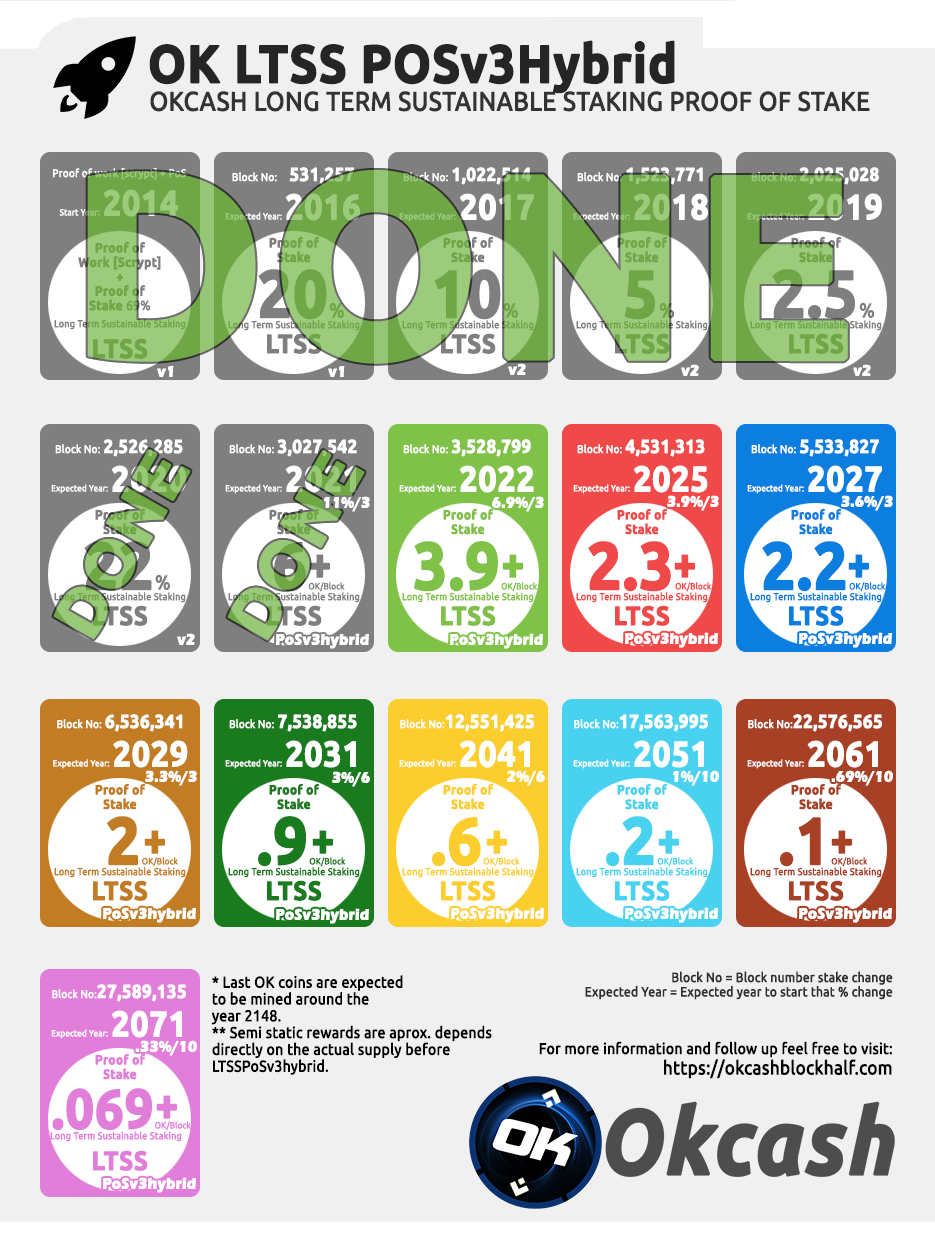